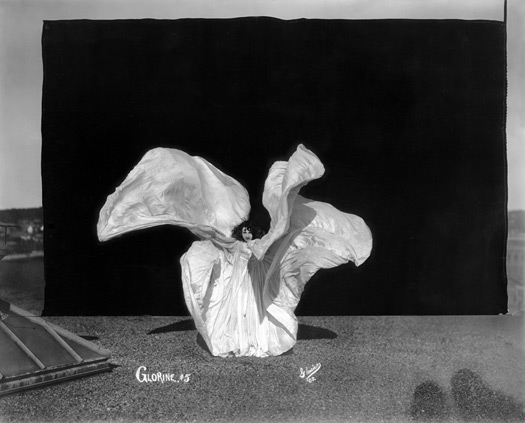 Identified by Glasier on the negative as “Glorine,” Loie Fuller began her stage career at the age of four, performing with vaudeville companies and circuses. She is recognized as a pioneer of modern dance. For her performance, she danced while swirling yards of silk that were illuminated by beams of multicolored theatrical lights. Glasier used his “speeded up” lens to capture the motion of the flowing silks, and also manipulated the negative to obscure any background in the photograph that might have distracted from the shape of Fuller’s costume.